“Everything goes with anything.”

Nothing sums up the body of work that’s made Lori Goldstein an industry legend (and rightly so) quite like her own, signature edict, which rules just about everything from her work life (see her iconic Versace Valley of the Dolls campaign) to the finer points of her wardrobe. One look inside her closet revealed as much—Goldstein’s personal collection pretty much runs the gamut, from tie-dye tees to sequin jackets, towering stilettos to suede skater shoes and studded loafers—and she makes a point of wearing them together, mixing and clashing, living up to the mandate on which she’s made her name.

We’ll frame it this way: Goldstein’s the sort of fashion world figure that even established stylists speak of in whispers. Your favorite celebrity’s current stylist? They probably cut their teeth working with Goldstein. Fittingly, she has the fantasy career story to match, too. After moving to Los Angeles with a boyfriend as a teenager, Goldstein was taken under the wing of legendary retailer Fred Segal before making the move to Manhattan after a buying trip shortly afterwards. She tried her hand in sales and buying before sort of stumbling upon styling, and began working on campaigns for Macy’s. It was then that her “a-ha” moment arrived—being offered shoots with now-lifetime collaborators Annie Leibovitz and Steven Meisel. You know what they say about the rest—it’s history. And it’s the story that brought us to Goldstein’s dreamy Chelsea penthouse.

With a resume that would potentially take days to rattle off and a list of collaborators that alternately reads like a high-end department store or a gallery exhibit (Irving Penn, Prada, Richard Avedon, Dolce & Gabbana, Bruce Weber, Hermès), being given access to Goldstein’s world felt a little bit like a very prestigious curtain had been lifted—and that was even before we got to her closet, her Min-Pin, Louise, at our sides. As it turns out, Goldstein also lives by another fashion world proverb that’s particularly near-and-dear to our hearts: if it’s nice, buy it twice. Or in Goldstein’s case, three, four, five, six times… and then some. Our inventory count saw two Suno jackets (same print, different colorways), ten pairs of Pierre Hardy two-tone pumps, some half dozen tie-dye Proenza Schouler tees, as many pairs of slip-on skater sneakers from Céline, designer monogram coin purses by the handful, twin cozy cashmere Saint Laurent cardigans, a trio of Chloé studded boots. And finally, the mother lode—Goldstein’s Hermès Birkin collection, totalling some 20+ bags, and which, funnily enough, began when the stylist became obsessed with the iconic style after being gifted a fake (!). If there’s a fashion world equivalent of repenting, we’re pretty sure that’s it.

While every success story in fashion is usually recounted with hard-won bragging rights (not that Goldstein’s is any exception), it turns out that for this stylist, the signs were always, well, there. “In high school, you would have been voted Most Likely to…” we prompted. “Be best dressed,” Goldstein told us. “And I was. I honestly can’t remember a time I was not obsessed with clothes. I had a polka-dot bikini and I loved the colors and how it looked. I knew then, at about 4, this was it.” Prophetic. 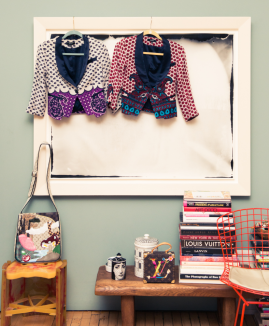 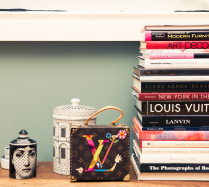 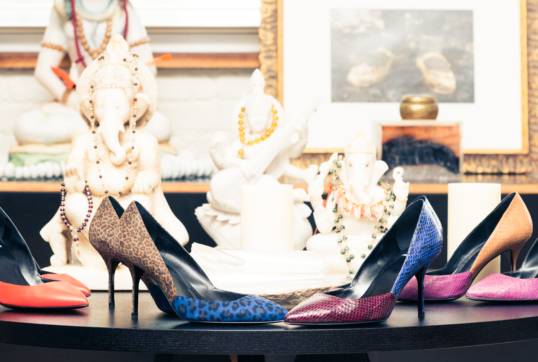 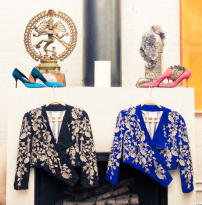 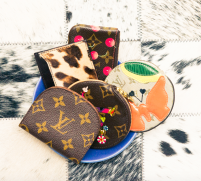 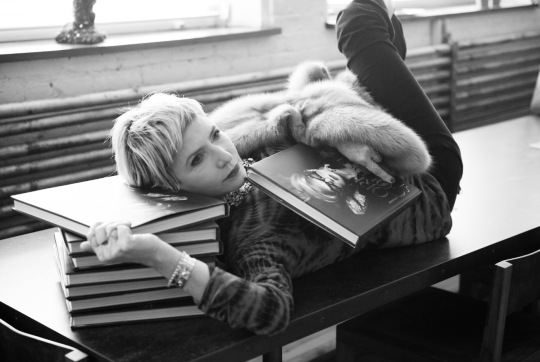